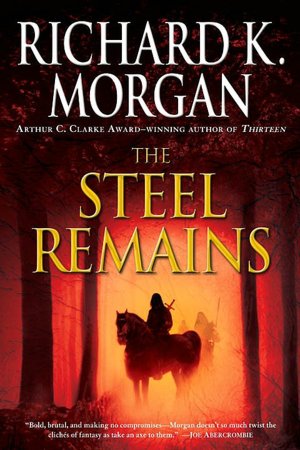 A dark lord will rise. Such is the prophecy that dogs Ringil Eskiath—Gil, for short—a washed-up mercenary and onetime war hero whose cynicism is surpassed only by the speed of his sword. Gil is estranged from his aristocratic family, but when his mother enlists his help in freeing a cousin sold into slavery, Gil sets out to track her down. But it soon becomes apparent that more is at stake than the fate of one young woman. Grim sorceries are awakening in the land. Some speak in whispers of the return of the Aldrain, a race of widely feared, cruel yet beautiful demons. Now Gil and two old comrades are all that stand in the way of a prophecy whose fulfillment will drown an entire world in blood. But with heroes like these, the cure is likely to be worse than the disease.